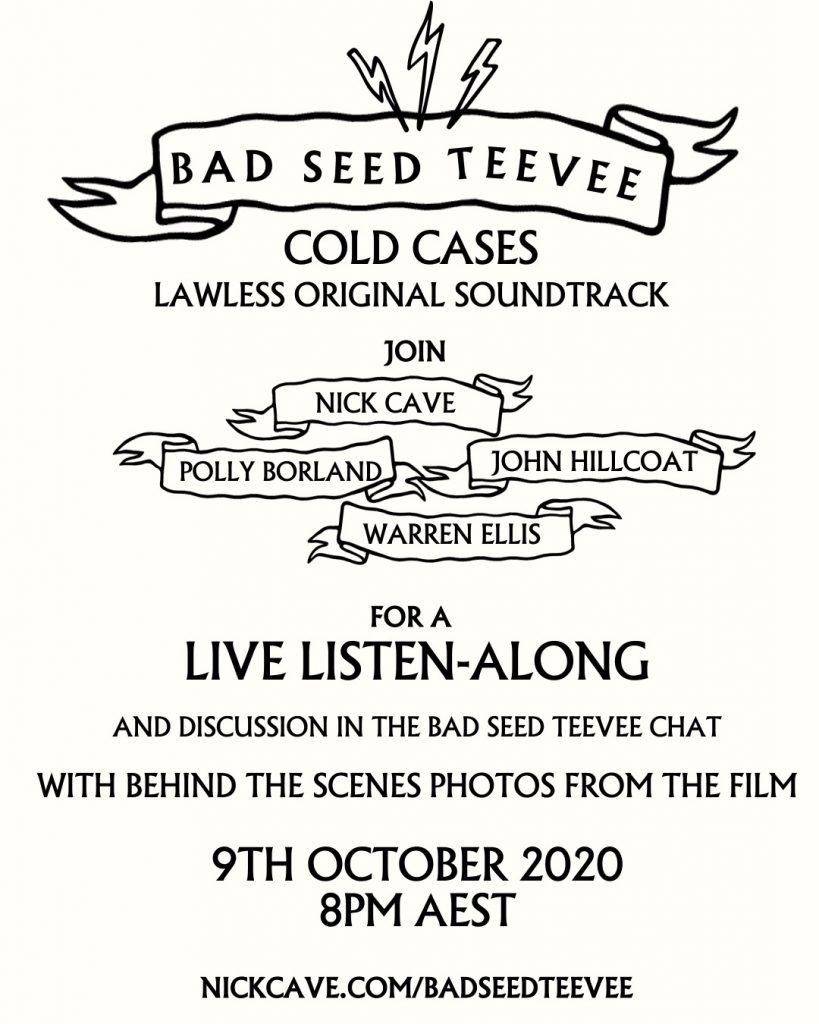 On 9 October 2020 at 8pm AEDT / 10am BST, tune in to Bad Seed TeeVee to hear the Lawless Original Soundtrack in full, accompanied by behind the scenes photos and live chat with Nick Cave, Warren Ellis and special guests.

Cave and Ellis’ soundtrack to LAWLESS includes covers and collaborations with some of the greatest American voices, including Ralph Stanley, Emmylou Harris, Mark Lanegan, as well as three original songs; ‘Cosmonaut,’ ‘Fire In The Blood’ and instrumental ‘End Crawl’. The tracks were backed by The Bootleggers, a band formed by Cave and Ellis during the recording sessions.

Join Nick, Warren and their long-time friends and collaborators, the film’s di- rector John Hillcoat and photographer Polly Borland, as they reflect on the film and its score in this live online event.

This will be a live event available worldwide at the following times on Friday 9th October: