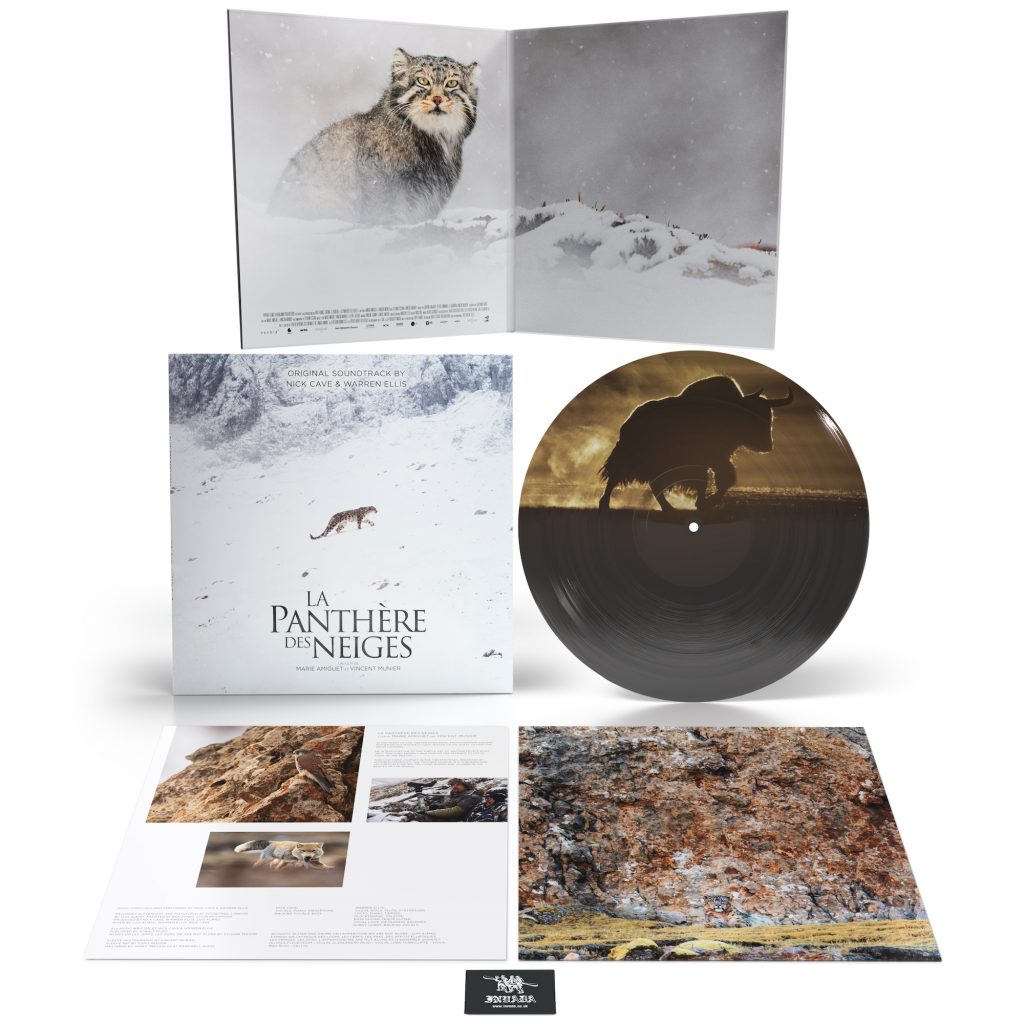 Originally available as a digital-only release, Invada Records and Lakeshore Records present the original score by Nick Cave and Warren Ellis to the film La Panthère Des Neiges on physical formats. The soundtrack is one of Ellis and Cave’s most heartfelt and haunting film projects.

High up on the Tibetan plateau. Amongst unexplored and inaccessible valleys lies one of the last sanctuaries of the wild world, where rare and undiscovered fauna lives. Vincent Munier, one of the world’s most renowned wildlife photographers takes the adventurer and novelist Sylvain Tesson (In the Forest of Siberia) with him on his latest mission. For several weeks, they’ll explore these valleys searching for unique animals and try to spot the snow leopard, one of the rarest and most difficult big cats to approach.

Ellis explains how Cave and himself came to be involved : “There is something about the heart of this film that draws you in. I realised after a day, that I wanted to do whatever it took to compose an entire original score. The film deserved to have its own musical voice. I booked five days and asked Nick if he could come in for a day to write a theme song and play some piano. He saw the film and stayed for four days. In the end we made what I think is one of the most beautiful films we have ever worked on. One of my favourite experiences ever working on a project. The stars are the animals in all their wild glory, as we have never seen them before, and man in reverence and wonder.”

‘An elegant, layered and affecting collaboration, a piece of work that allows for both space and nuance to create something quite philosophical and spiritual’ – ★★★★ The Irish Times
‘Don’t miss it hiding in the soundtrack wilds’ – ★★★★ MOJO
‘Yet another triumph for Nick Cave and Warren Ellis’ – ★★★★ MusicOMH