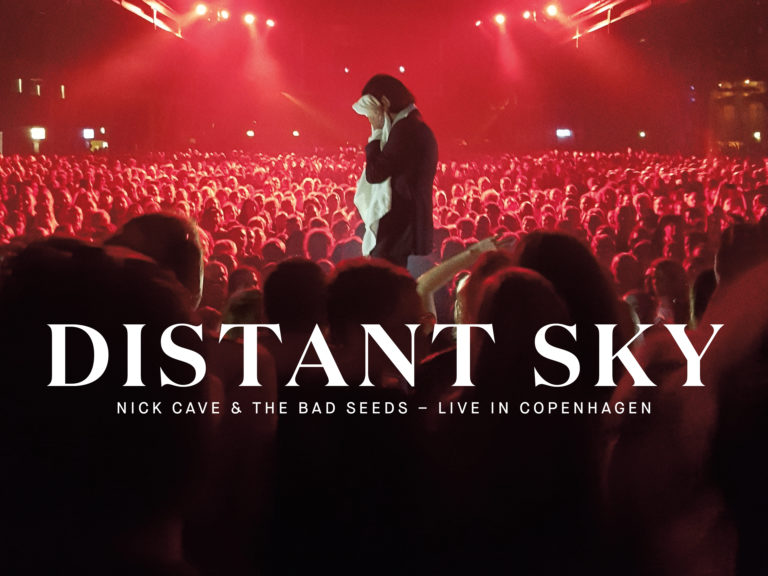 On 12th April, cinemas worldwide will screen a live concert film from Nick Cave & The Bad Seeds for one night only.

Find your nearest screening and buy tickets here and watch the trailer here.

Distant Sky captures an extraordinary and triumphant show directed by award winning filmmaker David Barnard. Recorded at Copenhagen’s Royal Arena in October 2017, the full length concert sees the band performing songs from new album Skeleton Tree alongside their essential catalogue.
In 2017, the band’s first shows in 3 years renewed a profound and intimate relationship with their audience, provoking an ecstatic response from fans and critics.