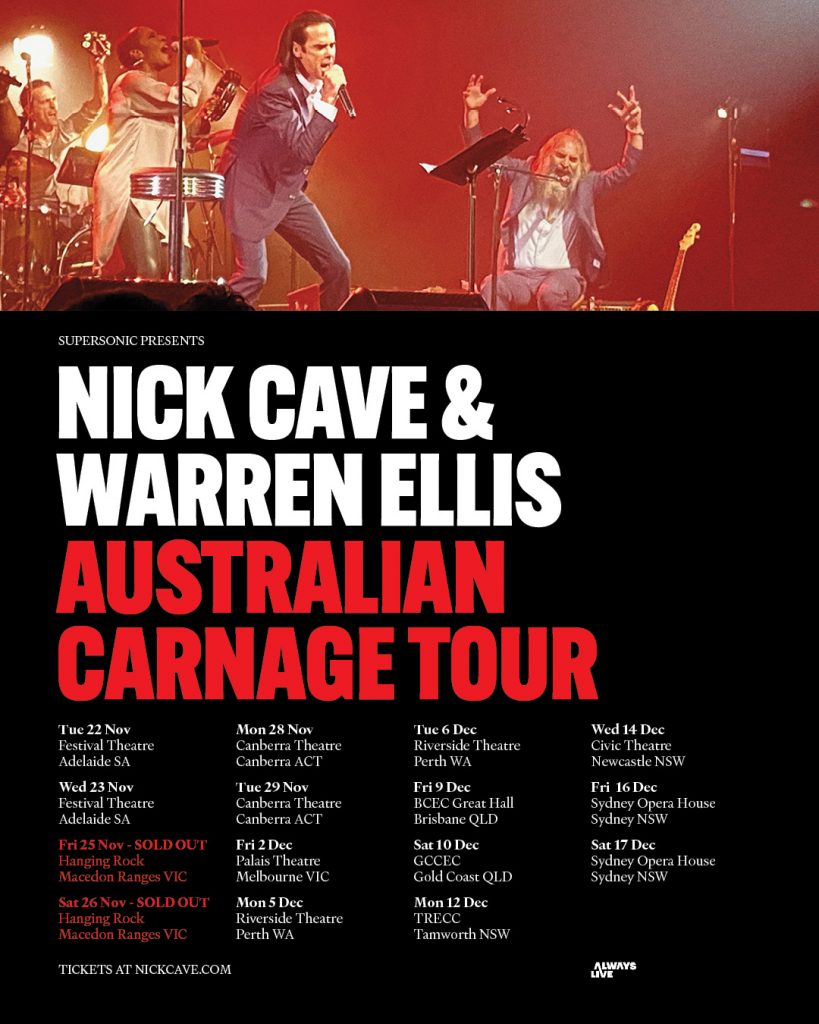 Nick Cave & Warren Ellis have announced a full run of AUSTRALIAN CARNAGE tour dates later this year, with shows in Perth, Adelaide, Sydney, Brisbane, Gold Coast, Newcastle, Canberra, Tamworth and a Melbourne city show in St Kilda. Two special performances at the iconic Hanging Rock in the Macedon Ranges on November 25 and 26 are already sold out.

While Ellis is a long-term member of The Bad Seeds, and he and Cave have composed and recorded scores and worked on many other projects together, this is the first time the pair have toured Australia as a duo. The tour follows the release of Cave & Ellis’ widely acclaimed CARNAGE album.

The 15 show AUSTRALIAN CARNAGE tour kicks off in Adelaide on 22 November and finishes up at the Sydney Opera House on 17 December.

Tickets on sale Friday 29 July at 10am (local time) HERE.