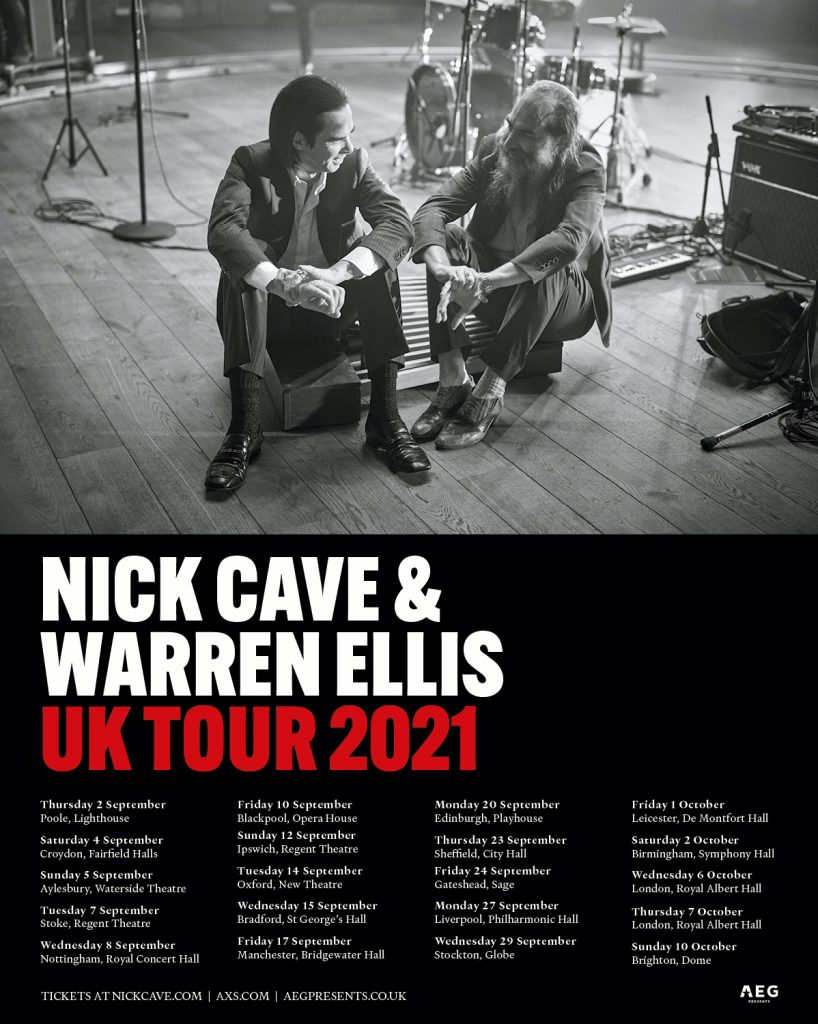 This September and October Nick Cave & Warren Ellis will play 20 shows in the UK.

Please ensure you comply with all entry requirements of the venue to ensure that you are COVID-safe and please do not attend if you have any COVID-19 symptoms.