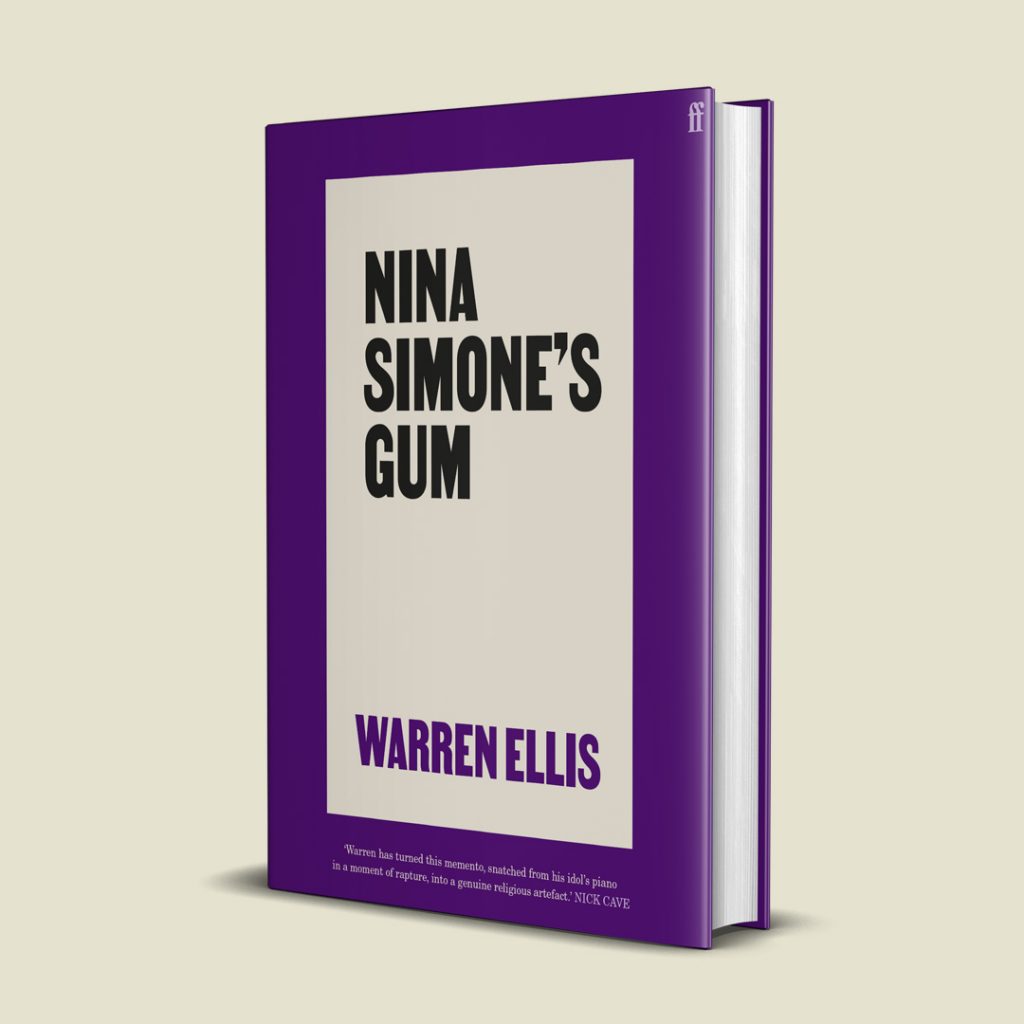 The unexpected and inspiring story of a piece of chewing gum.

‘Warren has turned this memento, snatched from his idol’s piano in a moment of rapture, into a genuine religious artefact.’ Nick Cave

On 1 July 1999, Dr Nina Simone gave a rare performance, fated to be one of her last in Britain. After the show, in a state of transcendent awe, Warren Ellis crept onto the stage and took Simone’s piece of chewed gum from the piano, wrapped it in her stage towel and placed it in a Tower Records bag.

The gum remained with Ellis for twenty years – a sacred totem, his creative muse – until 2019, when Nick Cave, his collaborator and great friend, asked him if he had anything he could contribute to Cave’s Stranger Than Kindness exhibition . . .

Together they agreed that the gum should be housed in a glass case, as though a holy relic. Fearing it would be damaged or lost, Ellis had it cast in silver and gold, sparking a chain of events that no one could have predicted, transporting him back to his childhood and his relationship to found objects.

Nina Simone’s Gum reveals how something seemingly insignificant and disposable can form beautiful connections between people. It is a story about the meaning we bestow on objects and experiences, and how these things can become imbued with spirituality. It is a celebration of the artistic process and the incomparable power of the art born from it – of friendship, understanding and love.

Nina Simone’s Gum will be available as a slipcased, numbered and signed, fine-bound limited edition featuring a hand-sewn art pamphlet. This will be available to order from 2 September from faber.co.uk and selected retailers.