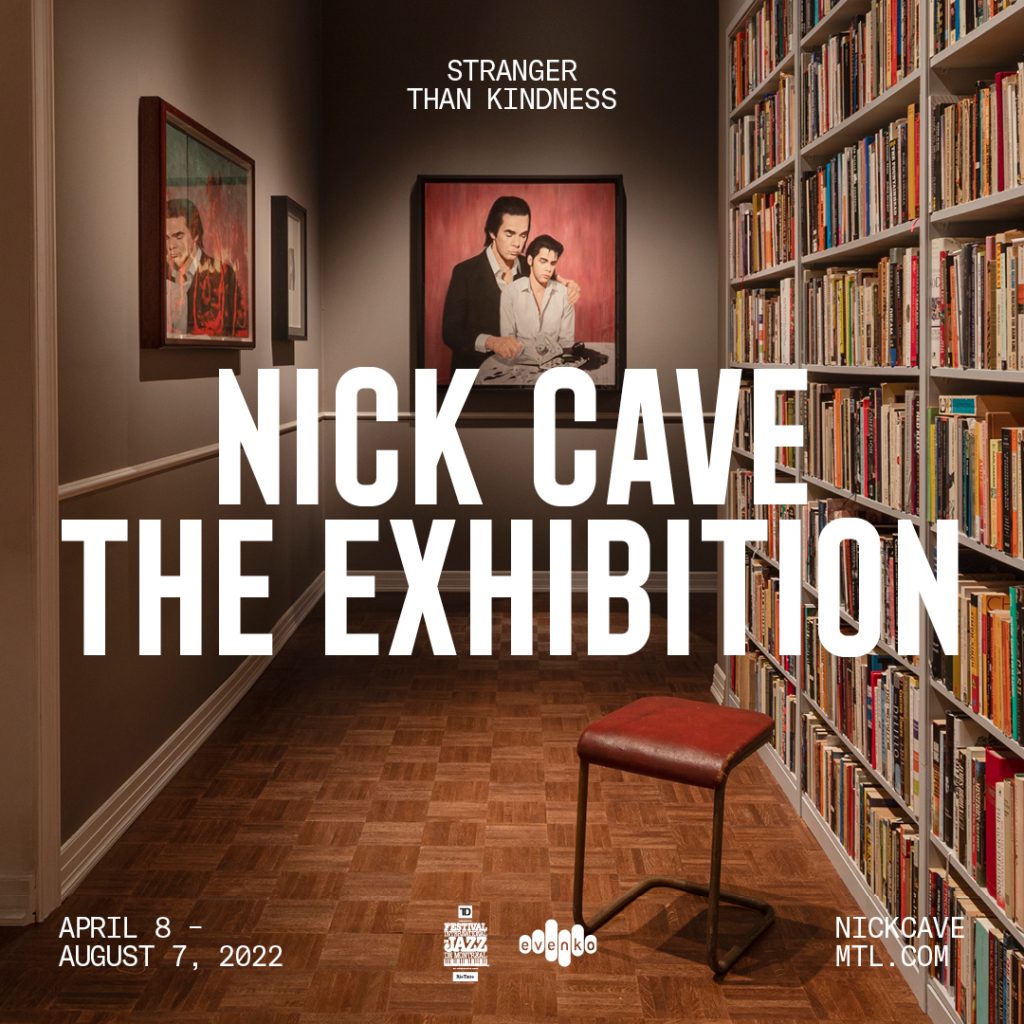 Stranger Than Kindness: The Nick Cave Exhibition is an unprecedented look into the creative world of Nick Cave. With more than 300 objects collected or created by Nick Cave through six decades of his creative and private life brought together in large-scale installations, the exhibition is an artwork in itself. Created for The Black Diamond of The Royal Danish Library in Copenhagen, and with Cave as a co-curator and co-designer, the exhibition is an unorthodox fusion of biography, autobiography and fiction, asking what shapes our lives and makes us who we are.

Nick Cave’s body of work encompasses a wide range of media and modes of expression, with narrative forms at its heart. Stranger Than Kindness: The Nick Cave Exhibition invites visitors to follow Cave’s development as an artist – and to gain insight into the overarching themes of his work, his working methods  and  the  many  sources  of  inspiration  underpinning it all. Behind each work is an  equally fascinating artistic process not originally intended for public view; the exhibition opens up the innermost parts of Cave’s creative universe and offers a story of its own.

Stranger Than Kindness covers the journey from Cave’s childhood in 1960s Wangaratta, Australia, through the chaotic years with his first bands, The Boys Next Door and The Birthday Party, and his relocation to Berlin and then London. Central is the ever-evolving collaboration in Nick Cave & The Bad Seeds, from the band’s inception in Cave’s most obsessive period in Berlin, up to their latest release Ghosteen (2019), widely acknowledged as their best work ever. The exhibition reveals how Nick Cave’s life, music, archives and fictions continue to intertwine, inform and inspire each other.