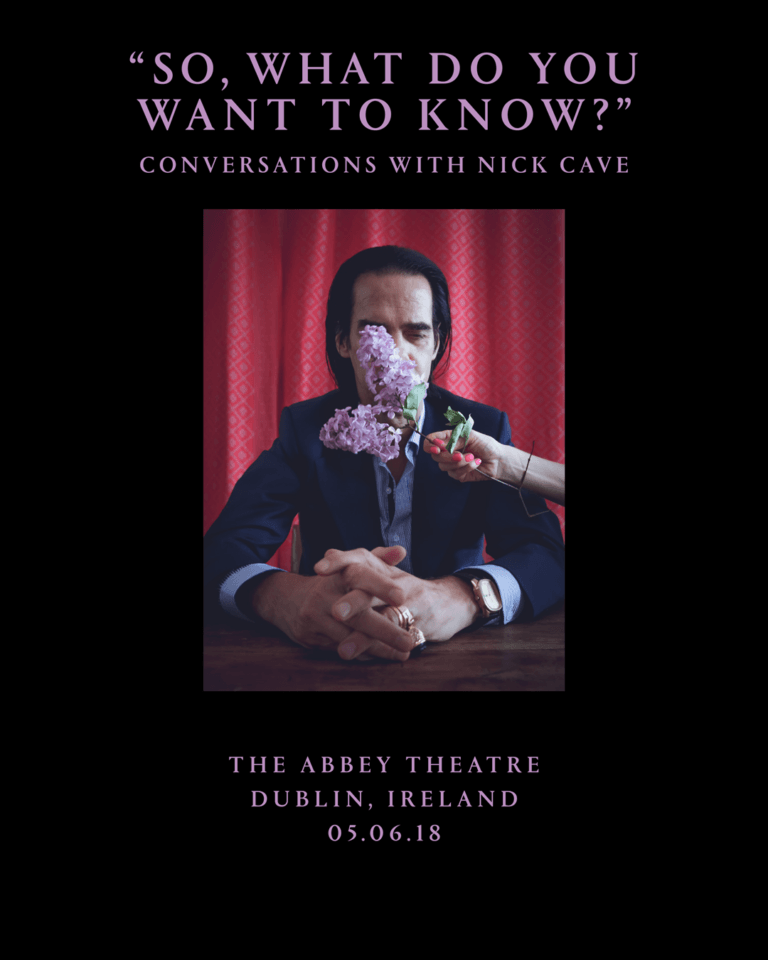 ‘So, What Do You Want To Know?’ Dublin

Nick Cave has announced an on-stage conversation event in Dublin, the day before the Nick Cave & The Bad Seeds’ sold out show at the Royal Hospital, Kilmainham on June 6th, their first Irish headline gig in since 2008.

The idea was inspired by Nick Cave & The Bad Seeds’ 2017 world tour and Nick Cave’s evolving relationship with his audience. These shows became vast communal events and it is this relationship that he hopes to explore directly through this series of conversations.

‘The more frank and intimate the questions, the more interesting the evening will be… ask me anything and I’ll do my best to answer.’ Nick Cave

“The results were always touchingly human, over two hours spent so intimately with a rock n’ roll legend’” – Billboard

“There was an intensity and openness between Cave and his audience, one that had existed before but felt like it struck a deeper chord at those shows last year, waiting to be further fleshed out in an unique event.” – Stereogum