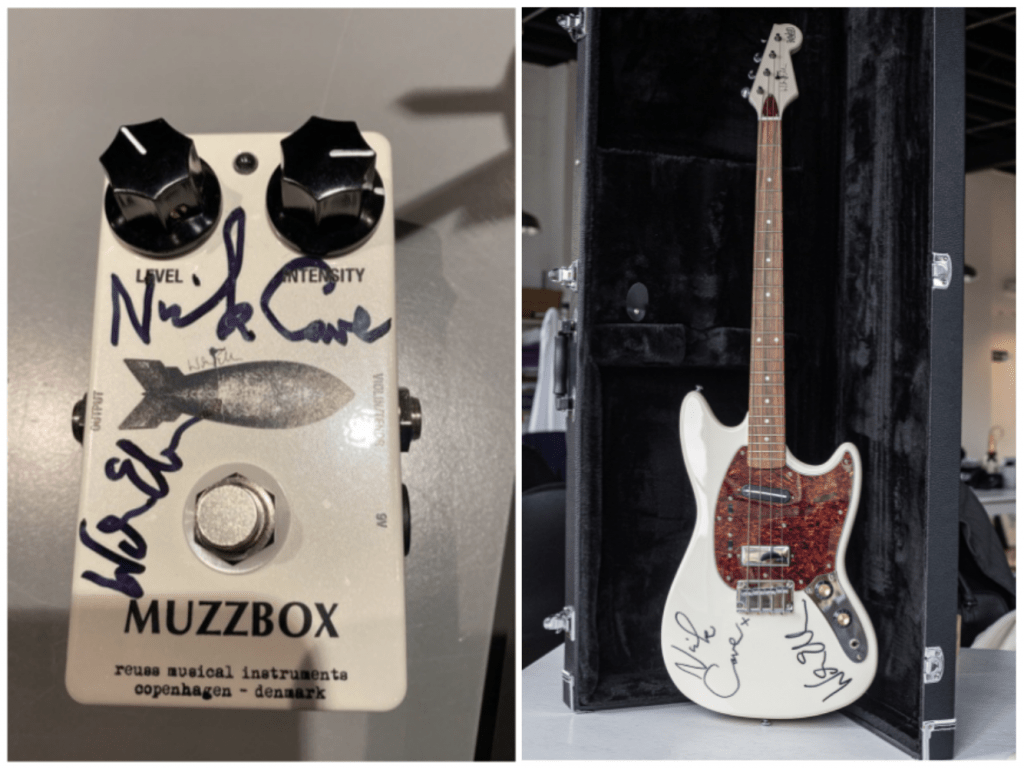 Nick Cave and Warren Ellis are raising money for crew charity Stagehand’s #ILoveLive campaign, which is providing financial help for those UK stage crew who are in the greatest need. Largely self employed, many stage crew have fallen into the gaps in Government financial support offered through the Covid 19 pandemic.

Crew are the unsung heroes of the live entertainment world and without them shows just couldn’t happen.

To win the signed bass and pedal we are holding a prize draw with tickets at £5 each.

Tickets can be purchased between Friday 27th November and Thursday 18th December. The winner will be announced on Tuesday 23rd December. You can enter multiple times.

The guitar is from Eastwood’s collection of Warren Ellis signature guitars. It was used during the Ghosteen album sessions and the film score session for Blonde. It comes with the case shown.

Along with the guitar is Warren’s own pedal, used and abused during Bad Seeds and Grinderman tours and studio sessions.

The guitar and pedal are signed by both Warren and Nick and come with a handwritten note from Warren.