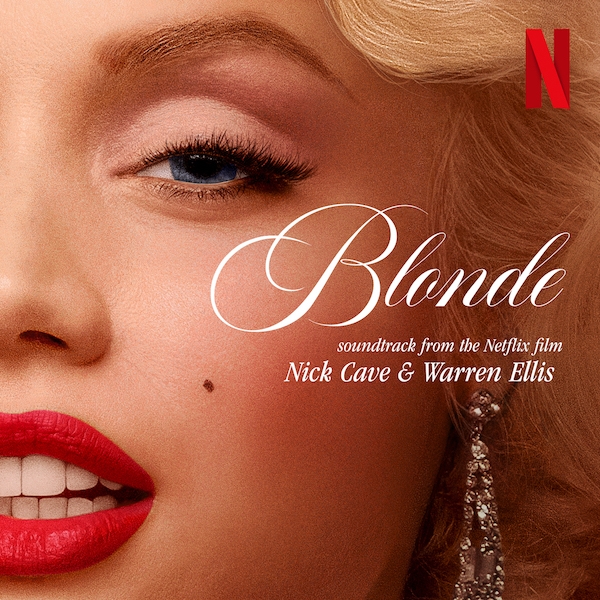 Blonde – Soundtrack From The Netflix Film, featuring music by Nick Cave and Warren Ellis, is out now.

The film, based on a novel by Joyce Carol Oates, was written and directed by Andrew Dominik and stars Ana de Armas. Blonde is out now globally on Netflix.

Blonde boldly reimagines the life of one of Hollywood’s most enduring icons, Marilyn Monroe. From her volatile childhood as Norma Jeane, through her rise to stardom and romantic entanglements, Blonde blurs the lines of fact and fiction to explore the widening split between her public and private selves. The film also stars Bobby Cannavale, Adrien Brody, Julianne Nicholson, Xavier Samuel and Evan Williams.