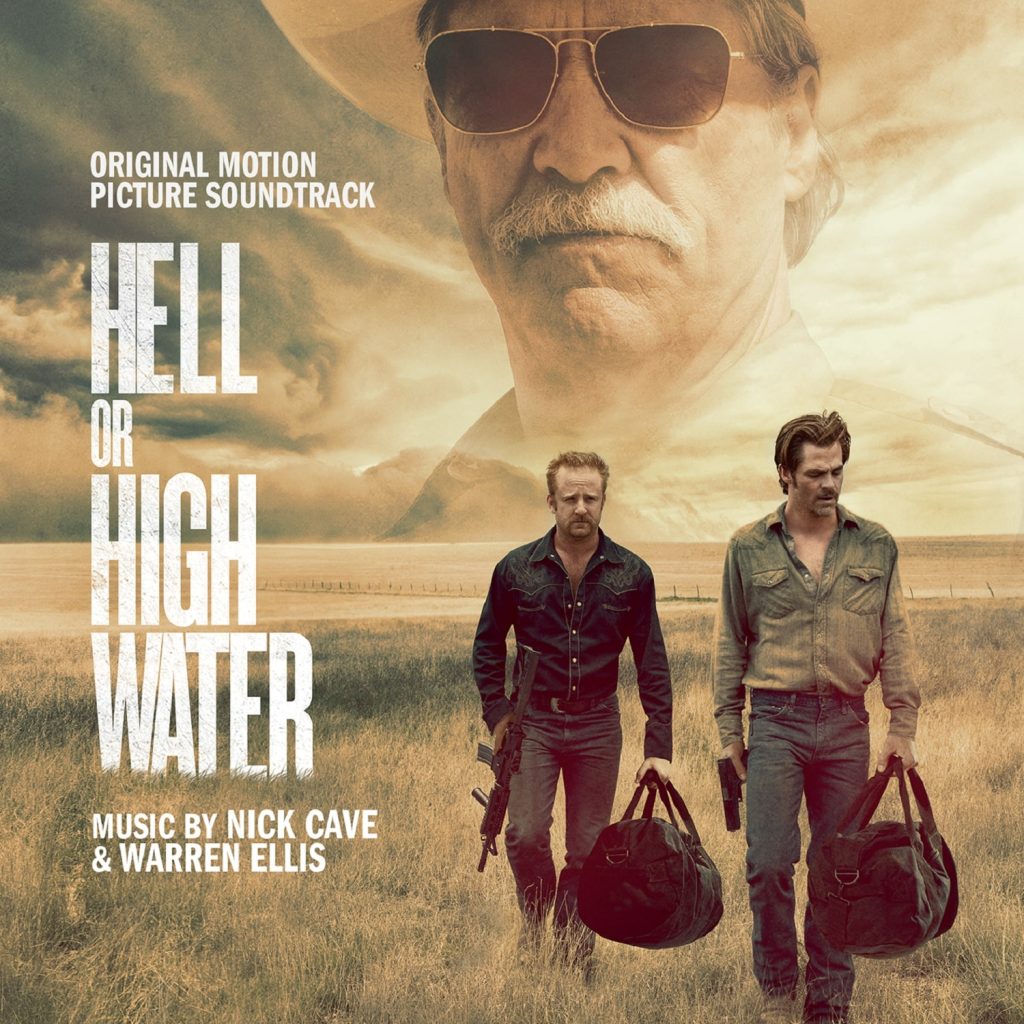 The original film score from Nick Cave and Warren Ellis for Hell or High Water is out now.
Directed by David Mackenzie Hell or High Water is a heist film starring Ben Foster, Chris Pine and Jeff Bridges. The film is set in West Texas, and tells the story of two brothers who plan a bank robbery to save their farm.