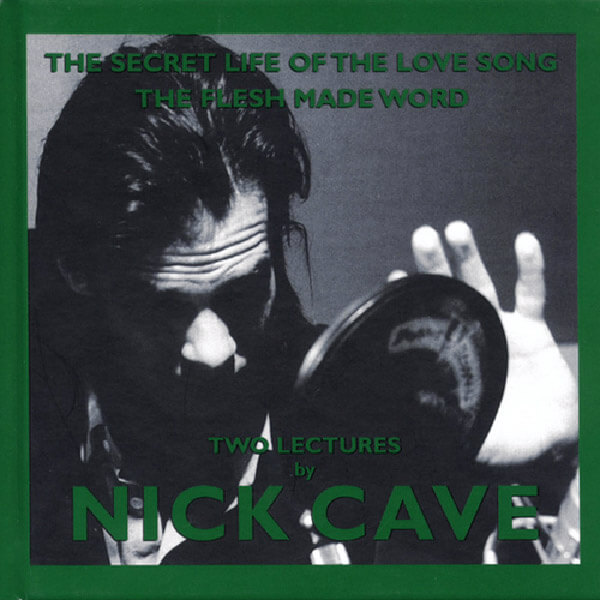 The Secret Life of the Love Song
Nick Cave

‘The Secret Life Of The Love Song’ was written for the Vienna Poetry Festival 1998.

‘The Flesh Made Word’ was originally written for radio broadcast by BBC Radio 3 Religious Services, London 1996.

West Country Girl
People Ain’t No Good
Sad Waters
Love Letter
Far From Me
For The Secret Life of the Love Song, Cave composed a lecture for the Vienna Poetry Festival about love songs: their genesis and true meaning, with an intimate look at some of Cave’s own works. His own definition of a love song is unflinching: love, for Cave, cannot exist without all of the attendant pain; as such, his love songs live and change over time, twisting from songs of joy to songs of pain-sometimes over the course of a few verses.

Cave’s lecture-re-recorded for CD-features five songs, stark and touching, but it is his words that are the focus here.

It is the same for The Flesh Made Word, a piece recorded for BBC Radio 3’s Religious Services, in which Cave details his relationship with his father and God, literature and The Bible, from where many of Cave’s themes are found-and are, Cave points out, far more brutal than even the rawest of Cave’s solo Bad Seeds or Birthday Party work.